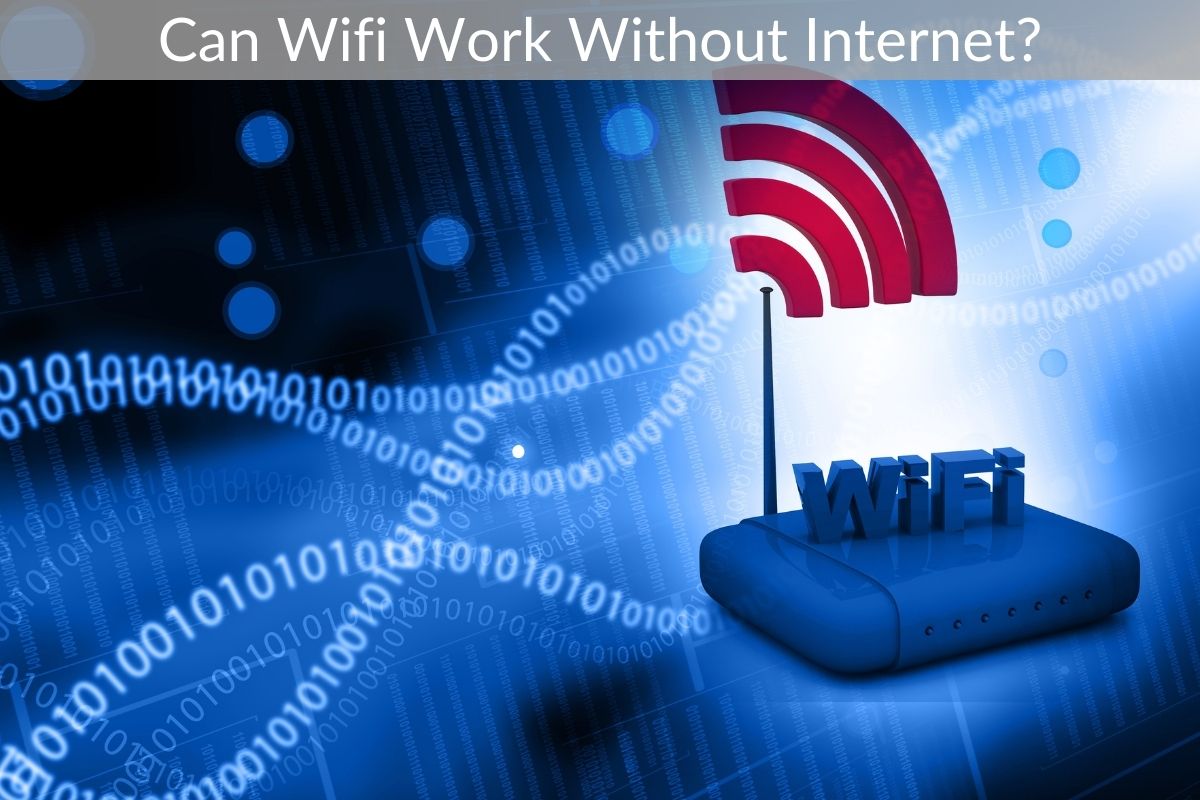 In 1991, Wifi was invented and intended to use for cashier systems. The first Wifi system was named WaveLAN. The NCR and AT&T corporation are not only the ones accredited with creating Wifi but also responsible for it being named Wifi.

The Internet can actually be traced back all the way to 1983. Researchers first created the network or networks and became the modern Internet protocol. In 1990, the Internet became known as the “World Wide Web” thanks to scientist Tim Berners-Lee.

The Internet has become something amazing over the years: around 80% of Internet users will make an online purchase, over four million blog posts are posted daily, and more than 500 million tweets are made every day.

You can search for a recipe to feed your family within a matter of seconds. The possibilities truly are endless when it comes to searching the Internet.

What if the Internet went down? Could you still use the Wifi?

When the internet goes down the Wifi network will still be up and active. However you won’t be able to access anything online (since the internet is down). You can still use the wifi to send information between devices that are on the same wifi though.

It’s important to note that although the wifi network will still be active you won’t be able to do anything online without the internet being active as well.

You can think of your Wifi network like a straw. When the liquid (the internet) is gone you won’t get anything else through the straw but the straw is still there. So while the Wifi network will still be active without the internet you won’t be able to access webpages.

To see the most popular Wifi gadgets to help your internet service just click here.

Are Wifi And Internet The Same Thing?

In the ever-changing world of technology, there are new technical terms that we need to learn. If you just like to use technology and do not care much about how it works, then you’re like the majority of people.

However, there are still some parts of technology that are important to know. For example, is Wifi and the Internet the same thing? Do you connect to Wifi or to the Internet?

Can you search for Wifi using the Internet?

Wifi and the Internet are two separate things but they do work together. Wifi is a network at your house (or business) that takes the internet signal and makes it wireless so you can connect to it with your phone, tablet or computer easily.

Another way to think of your Wifi network is as a hose. Your Wifi network takes the internet and moves it around from one place to another so you can have internet where you need it as long as you are within range.

When you put Wifi in your home, it’s important to know that a strong Wifi signal does not always mean that you will have faster Internet. You will need bandwidth to increase your Internet speeds.

Also, the more devices you have connected to the Wifi will slow down your Internet speeds as well.

Are There Things You Can Do With Wifi If The Internet Is Down?

We’ve all been there, the internet is down and you’re not sure what to do with yourself.  Whether it was scheduled maintenance, you’re out of range, or it’s being finicky, going without internet is a major inconvenience.

Unfortunately, the majority of business and daily life is attached to the internet. Whether you work from home and depend on the internet to be productive or need internet service to reach your destination, we can all agree that it is important and yet very inconvenient when it doesn’t work.

If the internet has gone down is the wifi network good for anything else?

When your internet is down the Wifi network still has some uses. It can be used to:

As you can see even if you don’t have internet the Wifi network is still a useful tool… although not nearly as useful as when you have internet service.

Things You Can Do When The Internet Is Down

The internet going down at your house is likely one of the most frustrating things you will face. After all most people are connected to the internet 24/7 so not having that connection means many things won’t work.

So what can you do when the internet is down?

Even though the internet may be down, you can still be productive. While you may not be able to load the Internet or maps to get to your destination, there are still things you can do without being online.

What Does Wifi Stand For?

Have you ever wondered how they get names for things? Like the word SCUBA actually stands for self-contained underwater breathing apparatus, NASA stands for National Aeronautics and Space Administration, and GIF stands for graphics interchange format.

What does Wifi stand for?

Many people think that Wifi stands for wireless fidelity, however, there is no such thing. The word Wifi was created by a marketing firm as a user-friendly name for something that is not quite user-friendly to understand.

The Wifi or the Internet going down can make you feel helpless. You won’t have access to things you need for work or personal purposes.

If the Internet goes down, the Wifi on your devices should still work. If the Wifi and Internet are both down, you can find something else productive to do either in the form of offline downloads, reading, writing, or relaxing.