As a primary disclaimer, the Microsoft Band series was discontinued back in 2016. However, around this time, there were still multiple rumors that Microsoft was working on a 3rd version of the band series. A few lucky online blogs were able to get their hands on the Microsoft Band 3 prototype, Windows Central in particular.

While the prototype may not be hitting the streets soon, you will definitely want to know about the features it has if it ever sees the light of day.

The Microsoft Band 2 was not a water-proof device. If you dropped it in the sink, toilet, or in any wet place, you would be pretty much out of luck. This has changed with the revelation that Microsoft Band 3 actively has waterproofing. This is incredible as it allows for even more forms of fitness tracking like swim tracking.

The Microsoft Band 2 had many sensors to track movement and weather including a barometer and gyrometer. The Band 2 that also came had an ambient light sensor, UV sensor, and skin temperature sensor. The Microsoft Band 3 increases the number of sensors the band series has by including electrocardiogram and RFID sensors.

The inclusion of waterproofing and additional sensors also allows for greater well being and fitness tracking. The Microsoft Band 3 includes swimming exercise tracking. This is awesome as you can now figure out how your body is performing when you are doing laps in the pool.

You can track your pacing, the number of laps you complete in a pool, breaths per minute, and even heart rate. Tracking these statistics can help you increase your lap times and will give you data to show your doctor if you are worried about your health in terms of your performance. 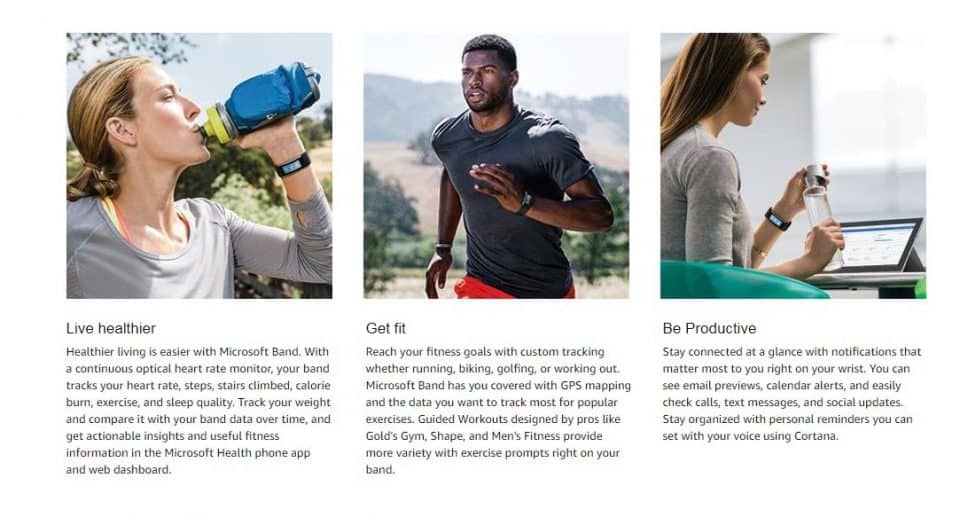 The Microsoft Band 3 uses the Electrocardiogram sensor to track blood pressure. Based on the blood pressure, the band can infer stress levels and internal body temperature. This is an incredible wellness tracking benefit as it can help with mindfulness meditations and can help the wearer keep calm.

Stress is considered a very high-level killer. Too much stress can lead to constipation, headaches, and can help onset various illness. The ability to check your stress levels with the Microsoft Band 3 is a welcome addition for wellness.

There Are People Who Enjoyed the Band Series

The Microsoft Band 3 Is An Overall Improvement