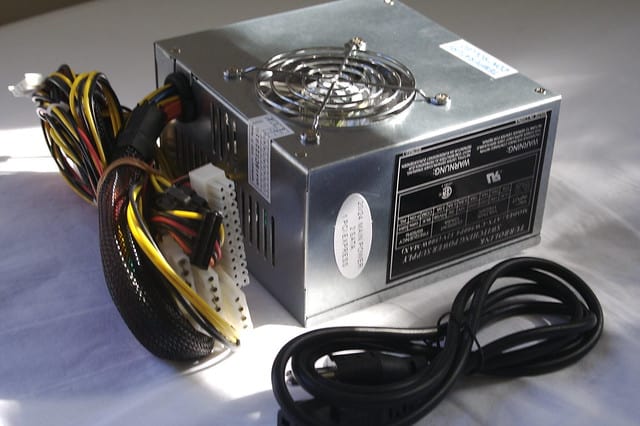 As you watch your computer screen go black for the third time this afternoon, you can’t help but wonder: “why does my computer keep shutting down?” You haven’t lost any data, not this time. But you did lose that precious document you’ve worked on for hours earlier in the day.

Sure, technology might hate you. But conspiring machines is not a legitimate answer to “why does my computer keep shutting down?” Chances are, there is a perfectly rational reason as to why your computer malfunctions.

WHY DOES MY COMPUTER KEEP SHUTTING DOWN?

Before we go ahead and answer “why does my computer keessps shutting down?” let’s have a look at why random shutdowns are bad for your device.

Apart from making you furious, unexpected shutdowns can also pcninja harm your computer.

When your computer powers off spontaneously, you risk corrupting a program or losing files.

And don’t think that you’re safe if you’ve no programs running when your computer suddenly decides to die on you.

For example, your device could be performing an update which means that it’s changing or adding to files in the registry or other parts of your computer. When your computer stops in the middle of this action, the files that are in the process of being edited are left incomplete.

While typically your trusty machine will resume or reverse the update, it is not unusual for it to get caught in a limbo state either.

You then might have no other choice but to contact a technician who will rebuild a corrupt profile or else reinstall your operating system.

12 Reasons a Computer Shuts Down Randomly

There are many plausible answers to the question “why does my computer keep shutting down?”

Some of the answers are more likely than others.

Furthermore, some of them might not apply to you at all. It all depends on what kind of computer user you are.

1. The Number One Culprit 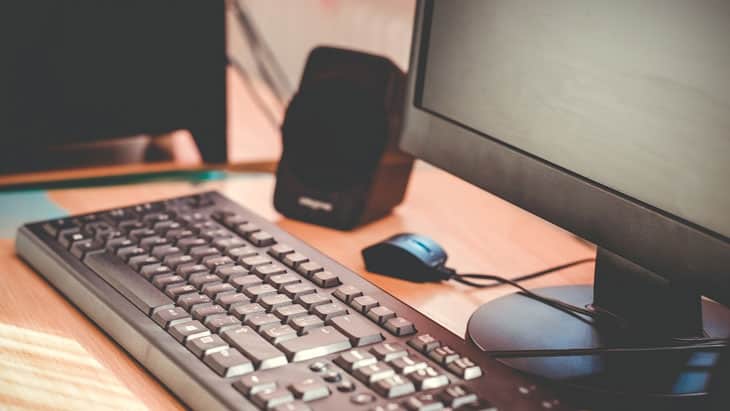 The most probable answer to “why does my computer keep shutting down?” is that it overheats.

And yet computer components generate quite a lot of  heat during regular use. That’s why all computers have ventilation and heat dispersion systems in place.

One of the most common computer cooling systems is air flow. The mechanism behind it is pretty straightforward. Your computer case draws in cool air from the outside, at the same time getting rid of the hot air that builds up in the case.

In general, you don’t need to worry about your computer overheating when using it for typical, everyday tasks.

Usually, it is only when you do something demanding, such as play graphically intense computer games, that you might run into trouble.

If your device overheats, that means that there’s something wrong.

More often than not, computers overheat because the airflow system isn’t operating correctly.

A failed fan, a dusty computer case, overclocking (speeding up your computer), and careless computer usage (such as pushing the computer case against the wall, thus  blocking the air vents) can all cause overheating.

Keep in mind that if the cooling fan of your computer’s power supply is too hot, you’ll probably have to replace the power supply.

It’s pretty obvious when a computer overheats. In addition to shutting down, it might also emit a loud beep (some computers have an in-built temperature alarm), or you might hear the fan blowing harder than it should.

You can also use Core Temp or HWMonitor if you’re looking for something more advanced) to monitor your computer’s temperature.

Every CPU (central processing unit or the brains of the computer) is different.

In general though, if your computer’s temperature is 90 degrees Celsius or higher, it is overheating. 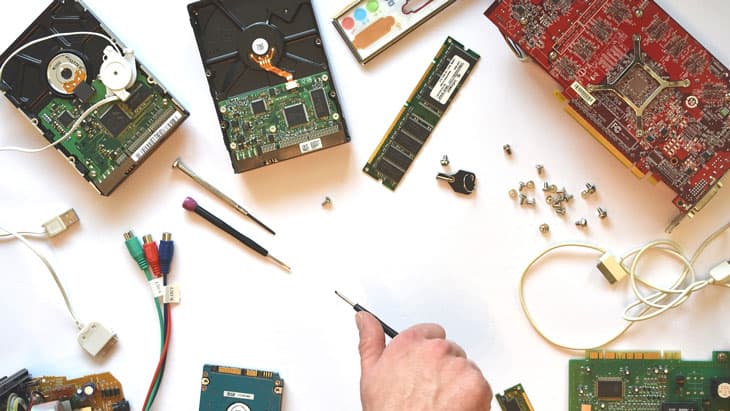 Faulty hardware is another common answer to “why does my computer keep shutting down?”

If you have recently installed new hardware, your best bet is to remove it from your computer to see if it’s the cause of the problem.

Can’t remember the last time you’ve added new hardware to your computer? That doesn’t necessarily mean that your hardware is fine.

Try removing all non-essential hardware, such as sound cards, from your computer in a systematic manner (i.e., one by one). Doing so should help you troubleshoot the issue. 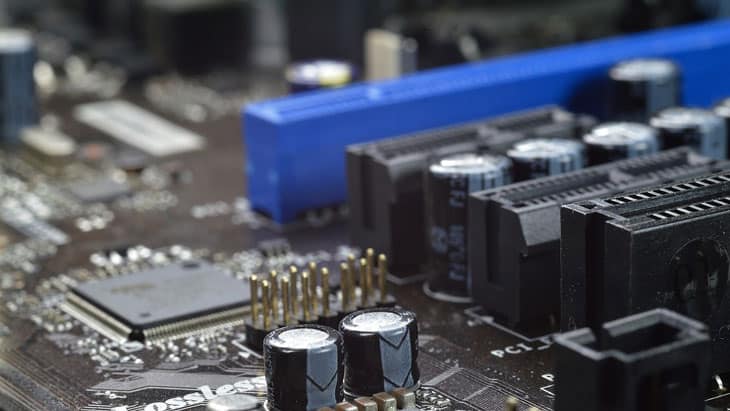 4. That Light Is Red for a Reason 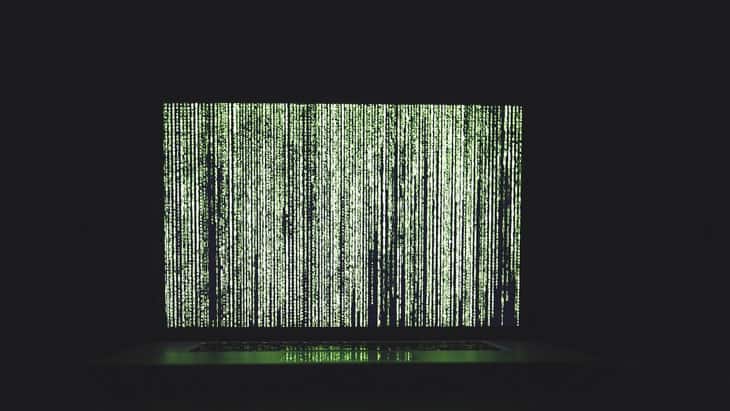 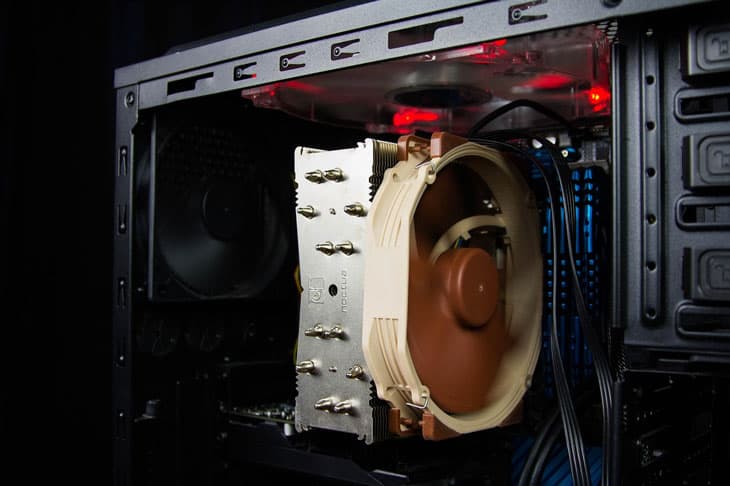 If you use your computer excessively, a charger of 90 watts or less might be insufficient. In fact, it might result in your device shutting down for no apparent reason.

Opt for a charger with voltage from 100w to 240w if you use resource-heavy apps. 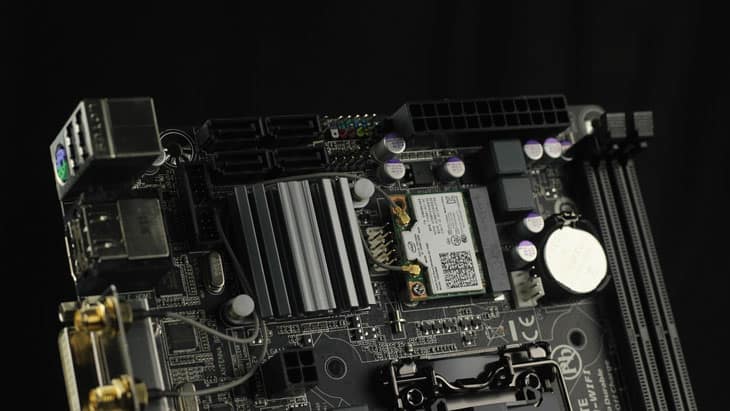 When trying to answer “why does my computer keep shutting down,” we can’t help but mention device drivers.

A device driver is a software responsible for informing the operating system, as well as other software, how to interact with specific hardware.

Think of a device driver as a translator between software and hardware: it facilitates smooth communication between the two.

Generally, computers can’t send or receive data correctly without drivers. Failure to install an appropriate driver or a driver update often causes the device to malfunction.

To pinpoint any driver issues, run a Windows update. You can also use Windows Driver Verifier, or Device Manager, to detect problematic devices.

7. Electricity Can Be All Bad for Your Computer 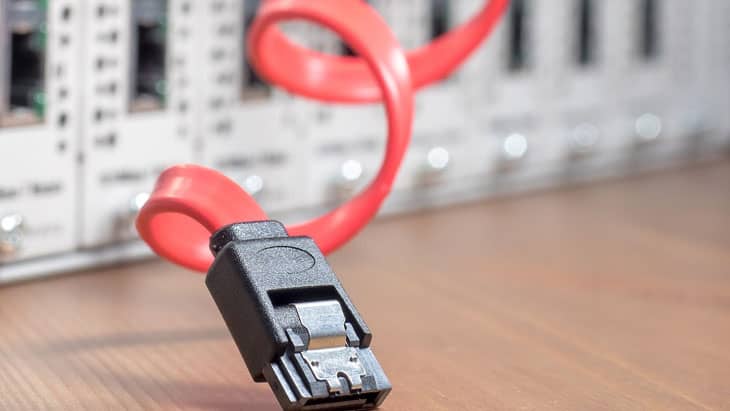 If you’re someone who uses a surge protector or an Uninterruptible Power Supply (UPS), it’s a good idea to make sure that this handy device is not the cause of your problem!

Connect your computer directly to the power outlet. If the issue is resolved, your surge protector or UPS is either defective or overloaded.

Hopefully, it’s the latter and not the former. To know for sure, disconnect all devices (except your computer) from your UPS.

In some cases, your device might be shutting down because your UPS is missing the latest software updates. 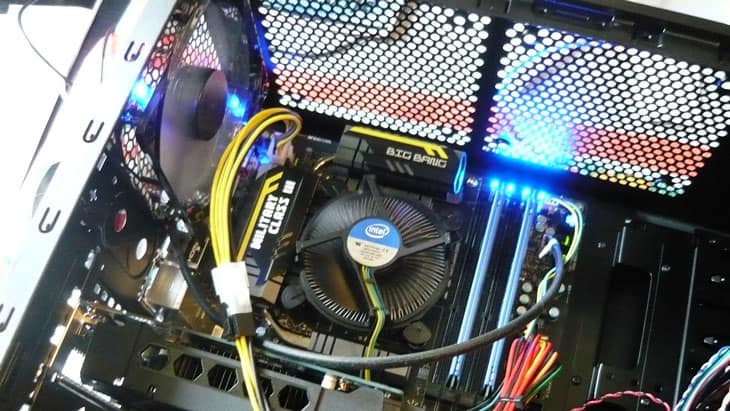 Don’t despair if none of the above seem to answer the question “why does my computer keep shutting down?” There are many other reasons why your computer might suddenly switch off mid-use.

For example, both Auslogics Sleep Mode (used to preserve your computer’s energy) and Fast Startup (used to boot your computer faster), might be giving you trouble.

If you use either one (most people do without even knowing it), disable it to see if that fixes the issue. 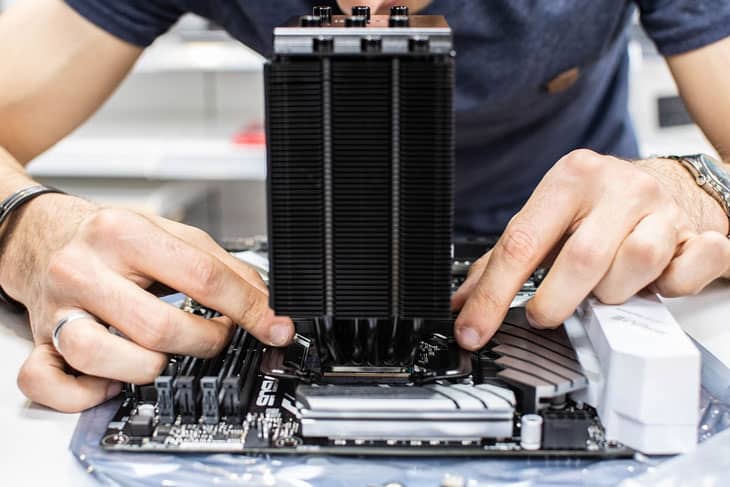 Out-of-date BIOS can also cause your computer to shut down without first giving you any warning.

Updating your BIOS is no joke however and can lead to irreversible damage.

If you’re unsure whether you’re up for the task, seek professional help. 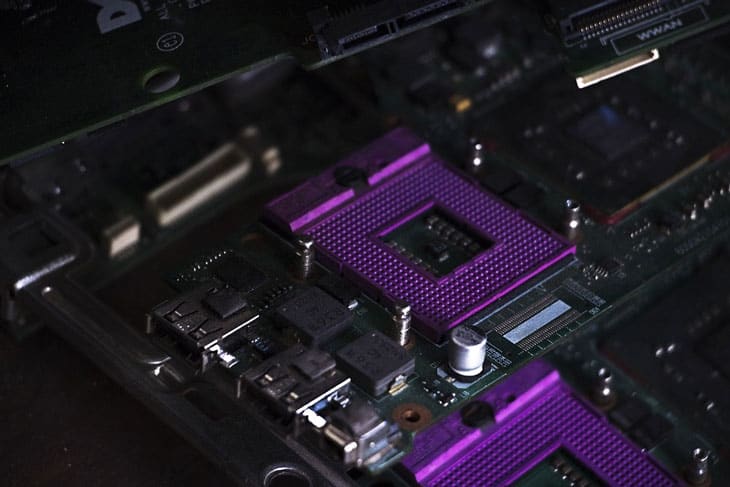 Take a close look at the apps that you use. If your computer switches off while you’re running a specific application, you’ve effectively found the culprit. Now’s the time to reinstall the faulty app. 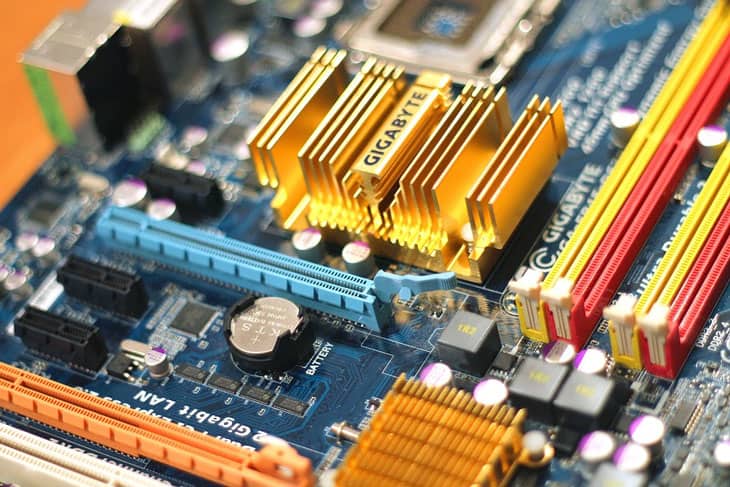 You could also have a problem at the Computer Hope operating system level.

If your computer does not turn off in idle mode, your operating system installation is potentially corrupt.

Erasing everything and reinstalling Microsoft Windows is likely to solve the problem. 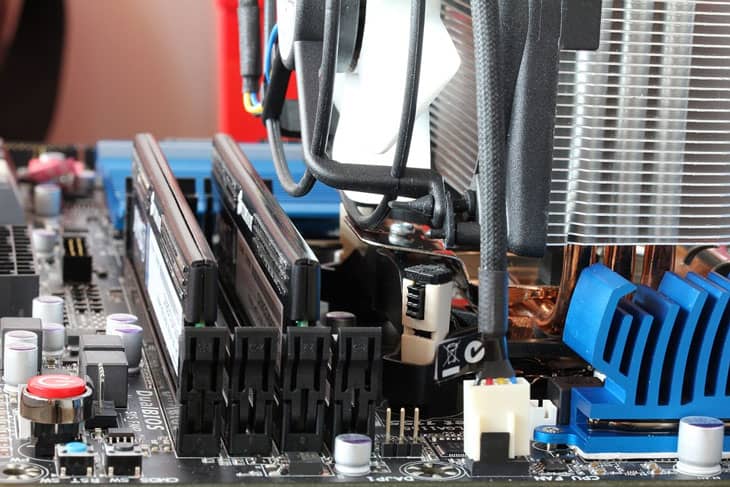 If your computer switches off after you install your operating system, it’s possible that other faulty hardware (such as the RAM, motherboard or, power supply) is at the root of the problem.

If you can get your hands on new parts, you can swap out each part and see if it’s at fault.

On the other hand, if the thought of tinkering with your computer scares you, get it serviced by a professional.

Once you know the potential answer to “why does my computer keep shutting down?”, you can finally go ahead and fix your device.

Technological problems are frustrating and often lead to migraines, arguments with our partners, and even grey hairs. Consequently, once you solve the issue, make an extra effort to keep your computer healthy.

Ensure that your computer is clean of dust, hair, food, and other debris. Keep it in a cool place and if you’re a laptop user, invest in a cooler pad. Run an antivirus scan colocationamerican at least once a week.

These small steps might not prevent you from running into additional, computer-related problems in the future. But if you’re lucky, this might be the last time you’ll have to Google “why does my computer keep shutting down?