The future is here. Virtual reality is no longer a pipe dream or novelty aspect of dystopian sci-fi movies. Rapid progression in our technology means that VR is now something anyone can enjoy. In fact, it is so advanced, that we have choices of the type of virtual reality experience we would like Finding the best virtual reality headset is not the standard trip to the shops for many, but there is some familiarity with other quests into the electronics stores at your nearest mall.

With the better technology, this once abstract concept now has a solid grounding, with a thriving industry that is alive with competition.

Picking the best headset for your virtual reality experience won’t be an easy decision. In this guide, we give you the rundown of the best choices available on the market today.

It has been a long time coming, and now we know much more about virtual reality thanks to the widespread use of the internet and the swarths of online reviews. 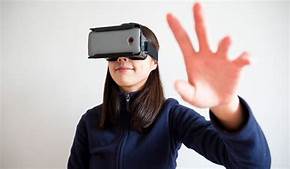 From leading companies in the industry, tech experts and social media, the landscape is clear on what the best buys are.

Each year, improvements are made, and competitors aim to better their rivals, but the same brands continue to rise to the top of any round-up.

If you want to enjoy an immersive VR journey unlike any other, the HTC Vive offers an unrivalled gaming experience. This headset works with Macs and PCS, but a powerful graphics card is essential.

This model has been designed specifically to work in tandem with Valve, so all Steam online games are playable. These games retail from $25 upwards, offsetting the expensive price tag of the Vive headset.

When Facebook bought Oculus, it was seen as a drop in the ocean for Mark Zuckerberg and his seemingly boundless ambitions and bank balance. Progress was slow initially, and some have questioned the investment before now.

Was it a waste of money? Can VR really become a popular part of modern culture?

More recent developments suggest it may not be as far-fetched as we first thought.

The Oculus Rift headset has since become a leading name in the industry, offering one of the best experiences you will find today.

It has a range of fantastic apps, including space flight, horror games and shoot ‘em-ups. Like the HTC Vive, the headset has 2160 x 1200 resolution, which is presented through OLED panels that provide an all-encapsulating experience.

Another great plus about this model is the handheld touch controllers. These are shaped to fit human hands, making it feel more immersive, rather than relying on an old-style controller.

Facebook may be backing this one, but they have also made it compatible with Xbox One controllers, enabling Xbox users to stream their games via PC.

Loyal PlayStation fans had to wait a little longer than most for virtual reality to come to their consoles, but when Sony joined the revolution, they released a great experience that works well with existing controllers.

Unfortunately, this headset doesn’t come with all the accessories. To enhance the experience, users can get Move controllers, and they will need a PlayStation Camera in order to use the
headset.

Some reports indicate that it has some issues with motion tracking and doesn’t seal out all the light. Regardless of these minor issues, the PSVR headset is a great looking headset that is more affordable than the high-range sets leading the market.

As the world goes mobile, it’s only natural that smartphone users want to enjoy VR on the move. ​Google Daydream promised to be the best virtual reality headset in that respect, set up for use with many android phones and the Google Pixel.

There are new apps being released regularly, giving users a choice of many games to enjoy their mobile VR experience. One great exclusive option is YouTube VR.

On the downside, it has no integrated audio and lacks voice command, which may be a deal-breaker for hardcore gamers who want a truly immersive experience.

Samsung Gear VR first entered the market in 2015, and has since established a strong foothold, offering arguably the best virtual reality experience possible on mobile to date.

Of course, it only works on Samsung devices, but it uses the apps that are made for the Oculus Rift, which means users can play cracking games like Minecraft.

Armed with the high-quality QHD screens, the Gear VR headset makes for a superior immersive experience on the Oculus apps.

Sadly, it can’t track movement like the higher-end headsets. But its smart design and extensive library make this a great choice as an entry-level headset.

Speaking of entry-level, this option is perfect for young children. ​Google Cardboard may not look like the cutting-edge, futuristic device, but it can give a basic virtual reality experience to newcomers, without costing a fortune.

Priced as low as $, this is an easy set-up, with a bare-bones design that lacks the immersion of more expensive alternatives. You won’t be blown away, but it will give you a virtual reality experience, perhaps tempting you to explore the technology further thereafter.

With so many expensive high-end product on the market, it can be difficult to find the best virtual reality headset without paying big money. For people on a budget, you may feel you have to choose between exorbitant prices and substandard quality.

Featuring a cloth and leather design that makes it comfortable to wear, this set comes with multiple accessories, including a plastic headband and built-in headphones. There is also an aux input, allowing for easy adaption to your phone.

There is a small flap to hold the phone in place, ensuring the camera remains unobstructed during use. Better yet, the design of this headset allows for an immersive experience, as almost all light is blocked out.

For the price, you’ll struggle to find a better VR headset. A real bargain in a market full of expensive competitors.

In order to truly lose yourself to the experience, virtual reality needs to stand alone. The Lenovo Mirage Solo is one headset that is striving to do that, freeing us of cables, computers and phones.

This headset works without any of those, allowing you to immerse yourself in the virtual world once you grab the controller and put the headset on.

It has a powerful CPU and integrated processor, working on the Google Daydream library that has well over 300 VR games and fun apps to play with.

However, the lack of built-in speakers and microphones is a little disappointing. Also, the image quality isn’t quite up to par with the Oculus or HTC models.

It does have some unique aspects, namely the faceplate, which contains integrated sensors and cameras, not to mention the patented WorldSense Motion Tracking technology. This allows users to move through the virtual space, utilizing six different degrees of freedom.

This is a big step forward in virtual reality, and the ability to link up the experience to a television through Google Chromecast takes things further than many other headsets can. 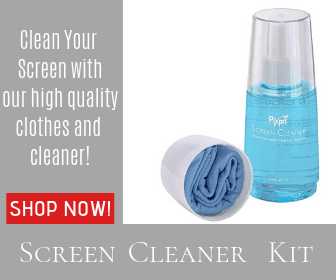 On May 1st 2018, the latest model from Oculus was released. The Oculus Go has been touted as the virtual reality headset that will take VR into the mainstream.

Similar to the Lenovo Mirage Solo, this headset is free of cables and phones. With the technology from the Rift, it is one of the best VR experiences you can get.

But does that make it the best virtual reality headset on the market?

Early reviews indicate there are some flaws. Firstly, it is a little on the heavy side, which can be uncomfortable to wear for too long. More concerning is that there have been complaints that light comes through the bottom, taking away from the immersive experience we hope to dive into.

However, the device is very comfortable, with a plush inner design and soft straps, allowing for a secure and comfortable fit on the face.

The Oculus Go has two different versions, 32GB and 64GB, both of which are priced moderately, retailing lower than the Rift.

Overall, this is an affordable headset with a high-performance worthy of contention among the best in the business.

The advancements made by Oculus certainly are a step forward, and while it is far from flawless, it is a statement of how quickly the VR industry is moving.

How to Choose A VR Headset

For many people, having a VR headset may be little more than a bit of casual fun. They might buy it for a kid or just make an impulse purchase because they have money to spare.

Others may be more serious about getting the best virtual reality headset possible. Serious gamers will no doubt want to know how to make the best decision. 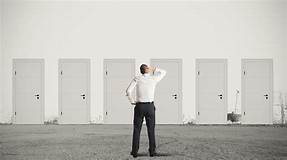 After all, some of these devices aren’t cheap, and none of them are without issues. Weighing up the pros and cons of each is advisable, and wise when you’re preparing to make a big investment.

If the headset is just for young kids, solely to give them a look into VR and a bit of fun with interactive games, then the Google Cardboard headset is perfect.

To take things to the next level, with better games and a more immersive experience, check out the Google Daydream or else Samsung Gear VR.

People who are serious about having a high-end experience and are willing to spend money on a headset they will use regularly should consider the top range models, such as the HTC Vive, or the Oculus Rift or Go.

Not all virtual reality headsets require a full complement of technology to get started. If you’re happy to have a basic experience, you just need your mobile phone. While smartphone apps are limited, both in power and in the range of VR games, the content options are growing and it is a quick, easy way to try VR.

Console game fans don’t have a lot of options yet for VR, but the success of the PSVR means that is unlikely to stay that way for long. However, if you want to get this headset, you will need to spend on accessories, including the PlayStation Camera.

High-end models such as the Oculus Rift and HTC Vive require PCs. Make sure you have a PC that is capable of running these devices before you spend your savings on a fancy headset.

If you don’t, but still want the best possible VR experience, perhaps you should consider the new standalone models breaking out on the market. The Oculus Go may well be the one to really change the game.

Buyers should do their research and consider their budget and reasons for purchasing a VR headset. In such a fast-moving industry, sometimes it may pay to wait a little while, as something better may just be around the corner.

There is lots of room to improve with virtual reality, and the truth is, we’re only getting started. The future of gaming is upon us, and it would seem the sky is the limit.

Whatever headsets you try for your first VR experience, you’re sure to have an experience that is unlike anything else you’ve tried in gaming before.